This story was really hard to describe in short in English so I counldn't make English version... 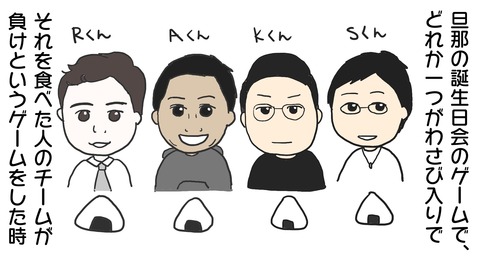 1. On my husband's birthday, we played a game called Russian roulette.
We made 4 groups and one person in each group ate a musubi.
One of four musibis had wasabi (Japanese horseradish) inside.
The rule was whoever ate the wasabi one and the members of his group lost this game.

2. I told them to eat it in one bite.
Couple minutes later, no one reacted like he ate wasabi.
So we thought I put too little wasabi, so they couldn't notice the hot taste. 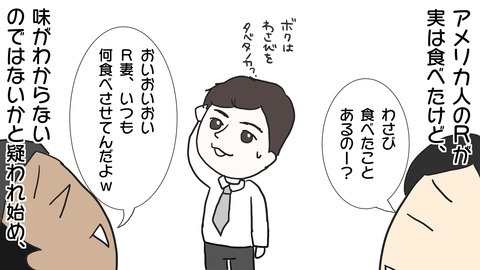 3. People started saying R (an American boy) ate it, but he didn't notice
because he'd never had wasabi before. 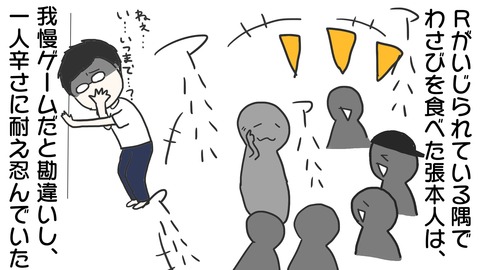 4. While people were teasing R, the one who actually ate wasabi was suffering from the hot taste in the back becasue he misunderstood the rule and he thought he have to act like he didn't get the wasabi one.